Three things you need to know about Mikhail Kapychka of Belarus: One, he’s a historian by profession. Two, he’s an avid photographer. And three, he stands #forSafeWorship. In his own words, he tells us of the significance of religious sites in his life and shares magnificent photos from his travels. This is Mihhail’s story. Enjoy!

Religion through my lens

Text and photos by Mikhail Kapychka 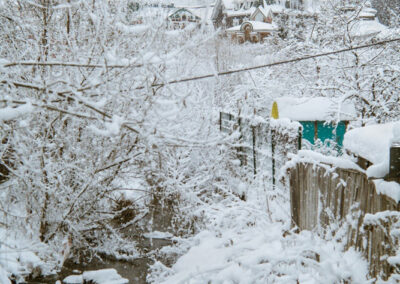 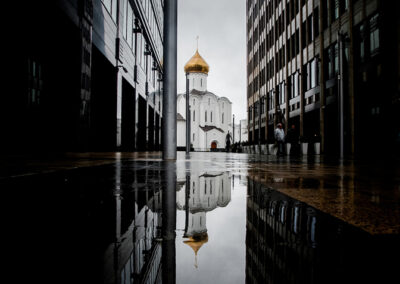 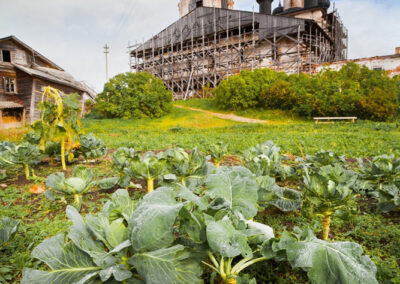 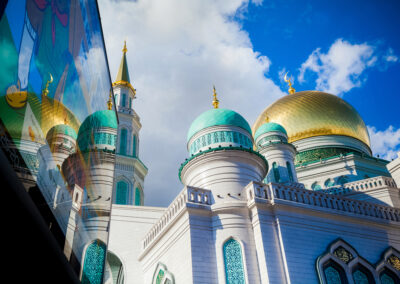 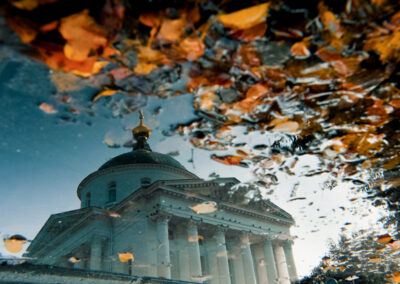 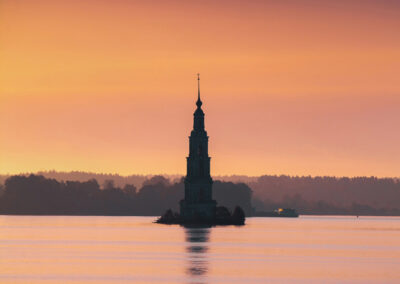 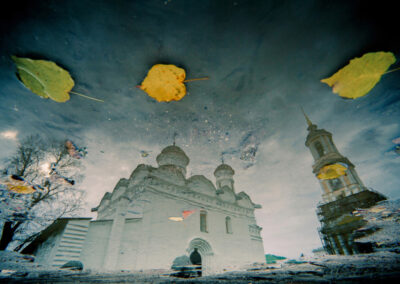 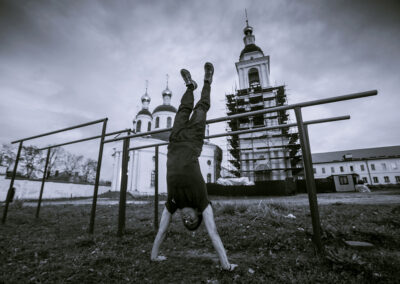 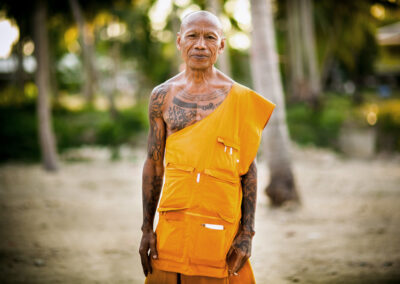 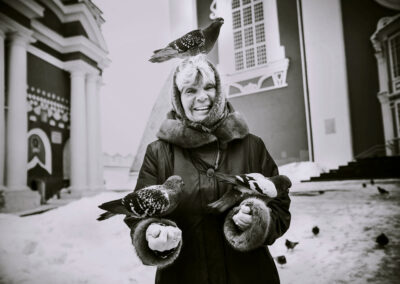 Spiritual themes and the diversity of religions have always attracted my attention. I am an Orthodox Christian, but despite this, I find a lot of interesting and very wise things in other religions.

I was born in Belarus. This territory has always been a battleground of different peoples. The Napoleonic War, the Northern War, the First and the Second World War killed millions of people, and destroyed almost all religious temples and monasteries. In the last few decades alone, hundreds of Christian churches have been restored and built in my country, including Orthodox, Catholic, Protestant sites, and others.

I love photography. It’s my favorite hobby. I travel a lot, especially in Russia, and admire the ancient Orthodox monasteries, churches, architectures, and miracles that happen there. I am immersed in the special atmosphere of the centuries. They inspire me so much. No wonder I’m a historian by profession. I love the old days. They are filled with wisdom and spirituality for me, so I try to photograph and document what I see. 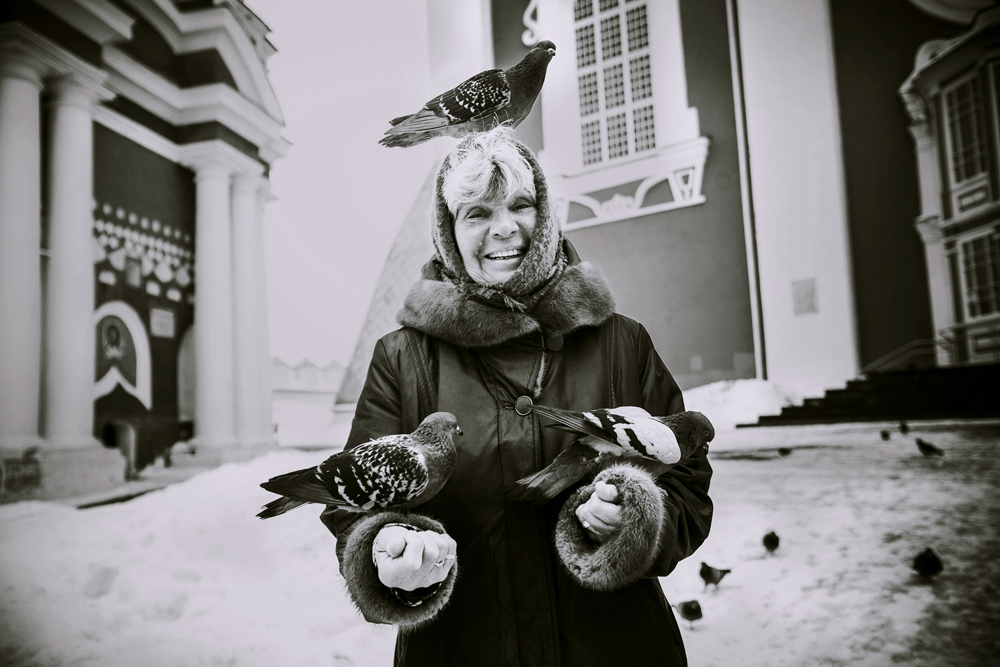 A parishioner of the Orthodox Assumption Cathedral (Smolensk, Russia) and her frozen friends. An old woman feeds hungry pigeons at the cathedral. After that, they became friends. 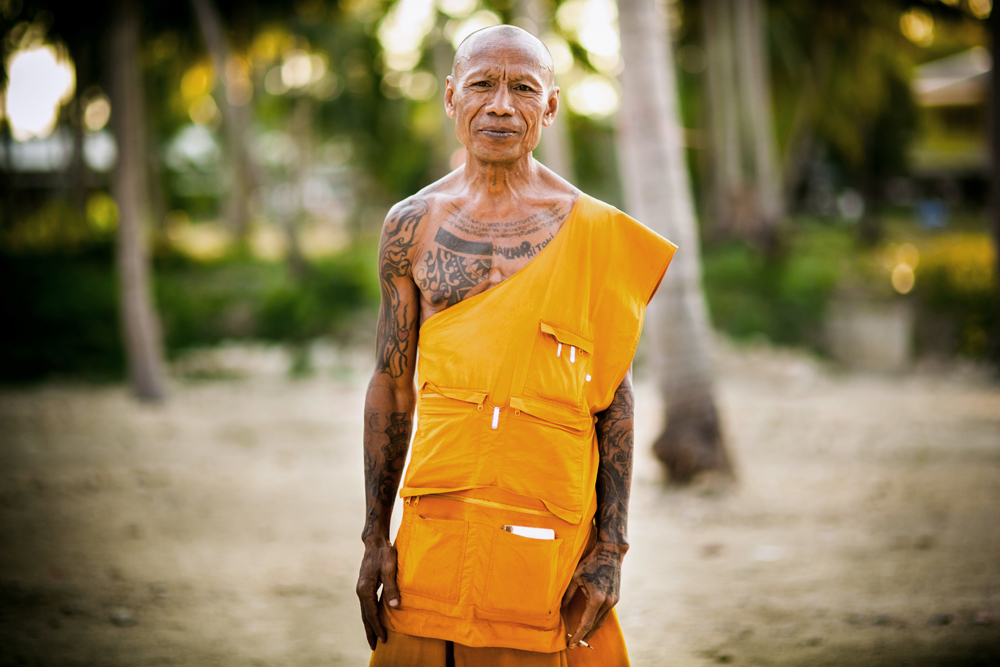 I took a photo of a Buddhist monk during a trip to Thailand. I visited a monastery on the island of Phangan and I was drawn to  one particular  monk with very kind eyes. His  old tattoos spoke of his unusual past, and the man himself  turned out to be very kind. 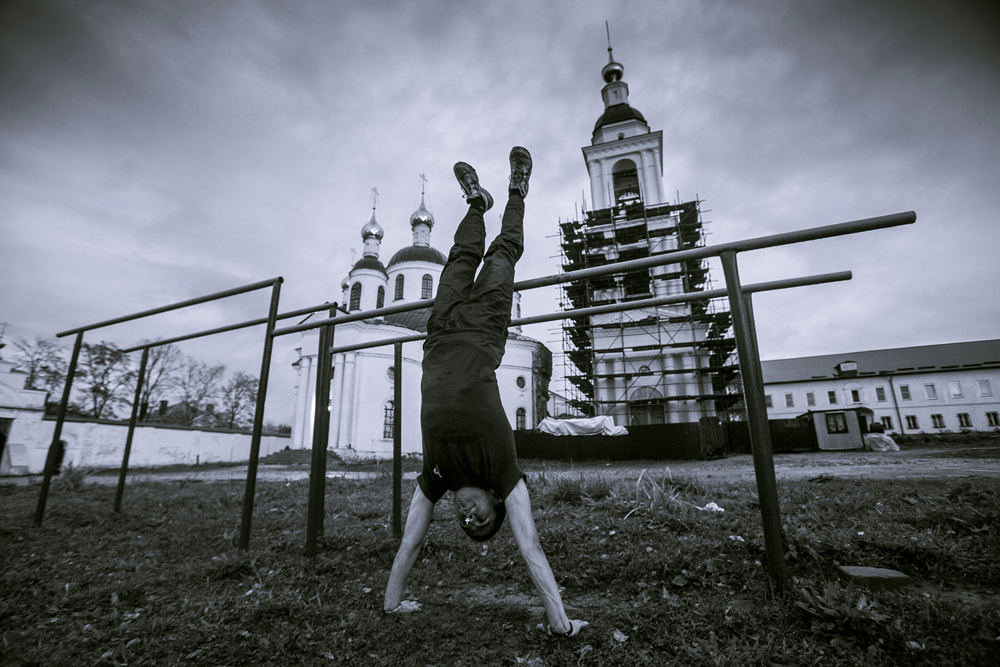 A young man attempts a headstand on the sports field of the ancient Epiphany Monastery in Uglich, Russia, a remnant of the 14th century. 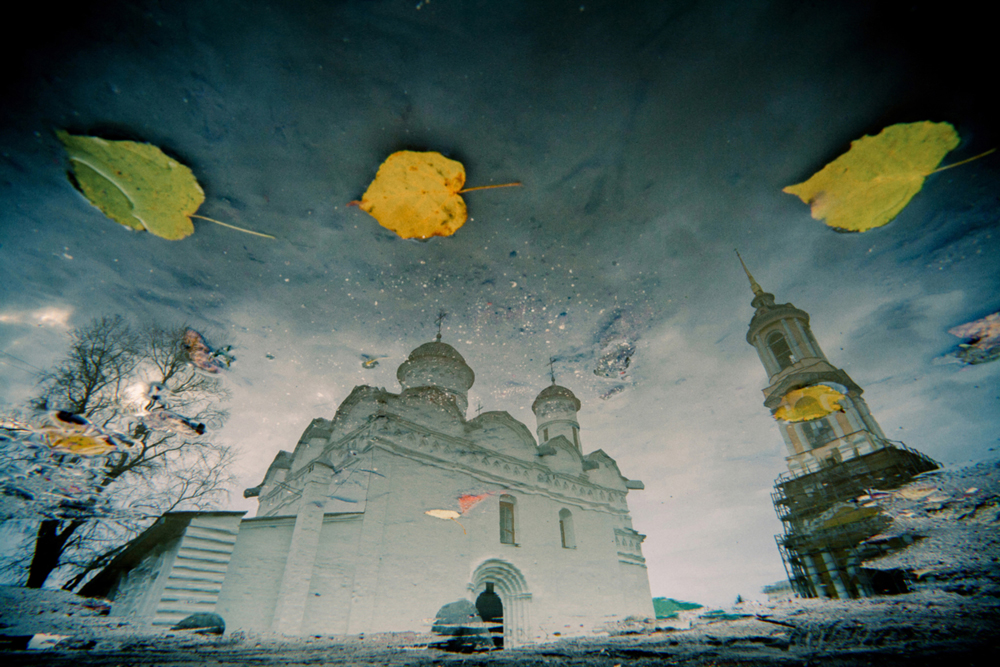 I love unusual photo angles. I took a photo of the ancient monastery in the reflection of an autumn puddle. The city of Suzdal (Russia), where this ancient monastery of the 16th century is located, is a museum city with unique religious architecture. I advise everyone to visit it. 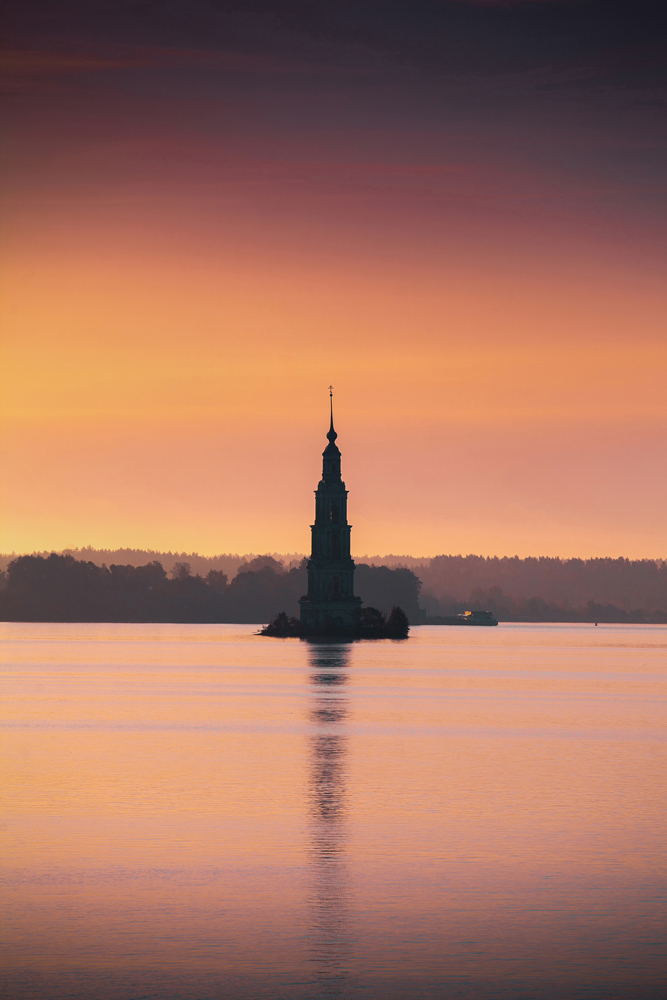 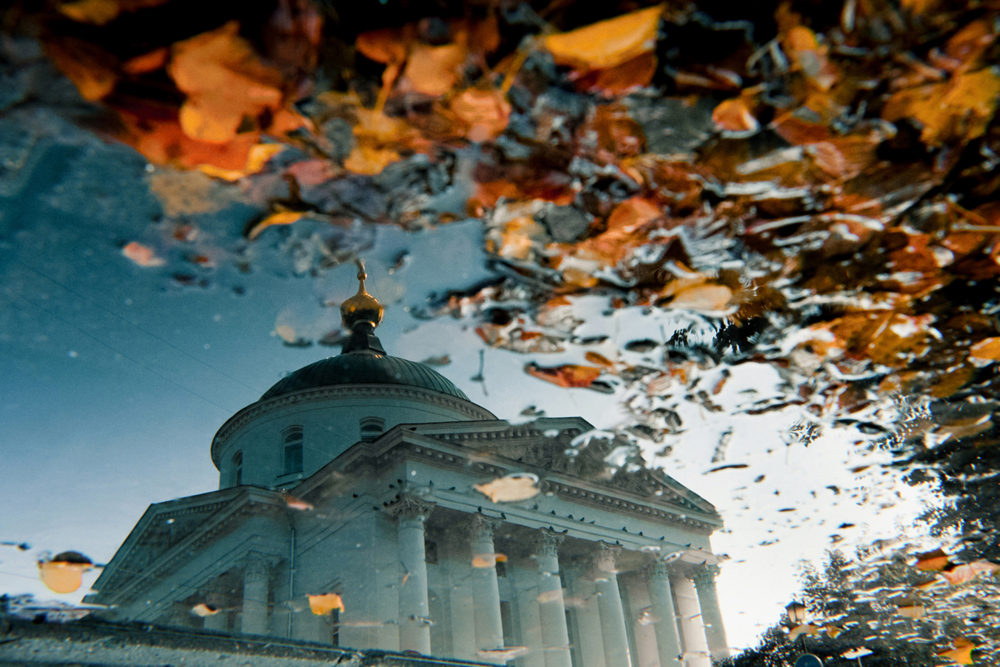 The Church of Elijah of the XVIII century in the center of Yaroslavl, Russia. This is a unique city, in the center of which there are more than 20 ancient temples. I took off the old temple in the reflection of an autumn puddle. My favorite angle. 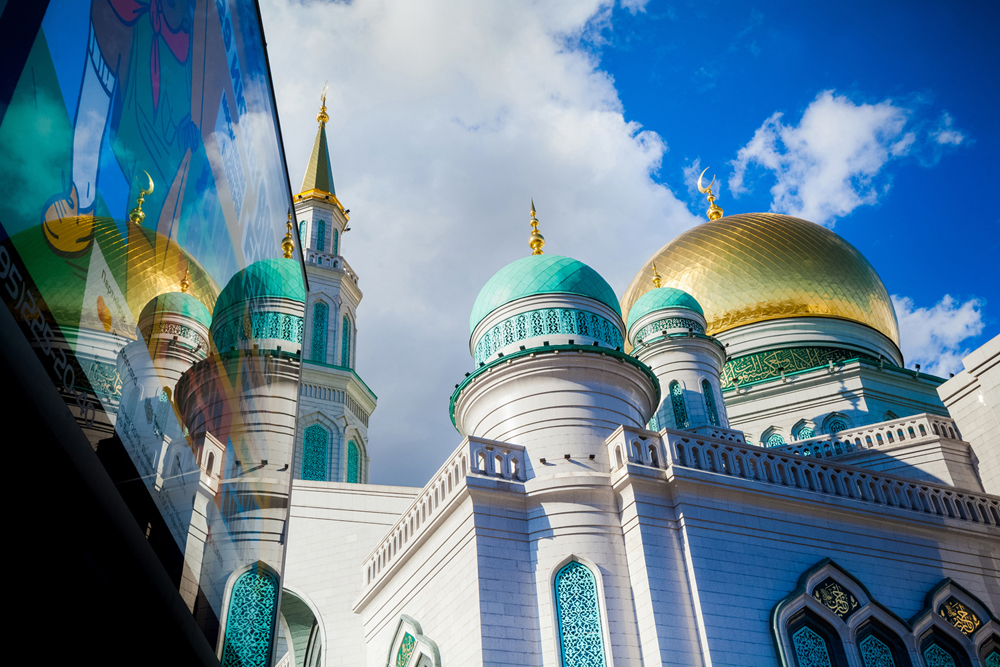 The main Moscow Mosque is one of the largest in Europe. I accidentally photographed this mosque while walking around Moscow. Its scale is truly amazing. Thousands of parishioners are based  there. 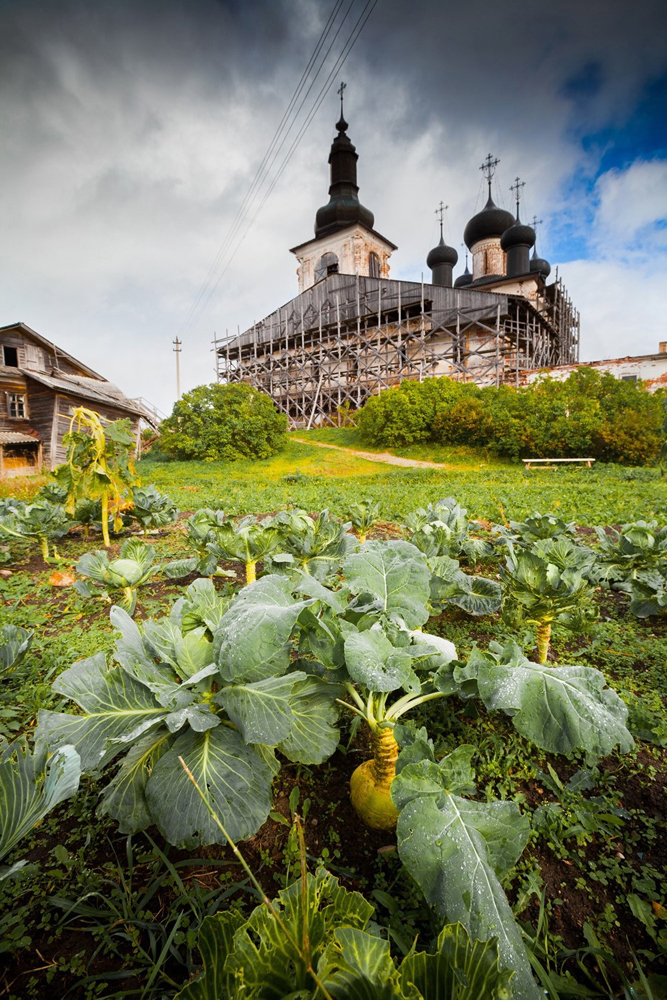 The old Resurrection Monastery (Goritsy, Vologda region, Russia) of the 16th century on the background of cabbage beds. This monastery is a women’s monastery and restoration has begun here only in the last few years. 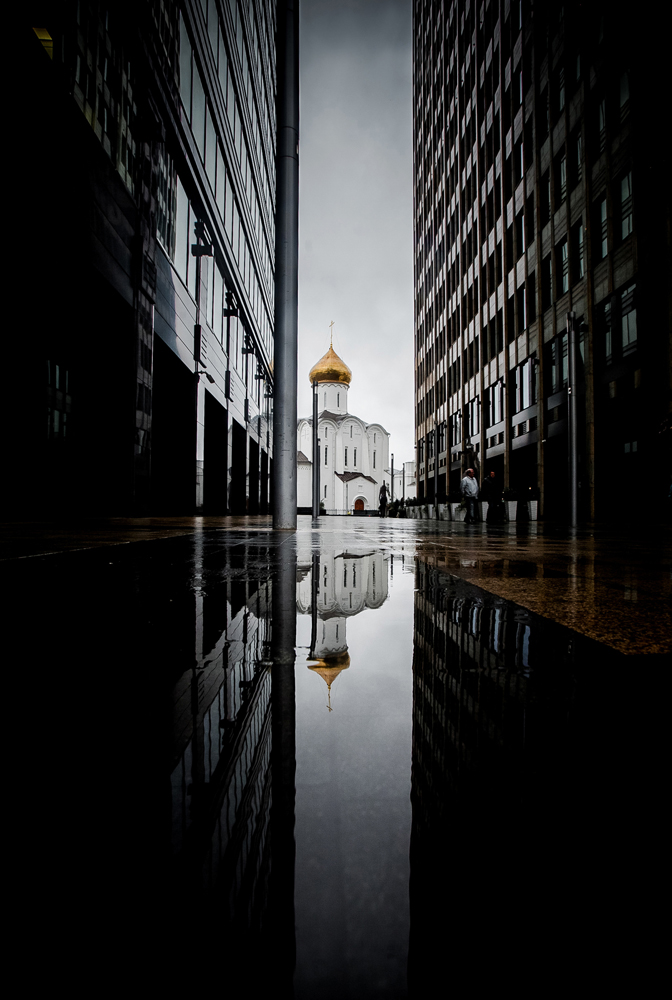 The ancient Church of St. Nicholas against the background of modern Moscow skyscrapers. I really liked this angle, because the temple was in the middle of multi-storey buildings. These are two different eras, two different worlds. 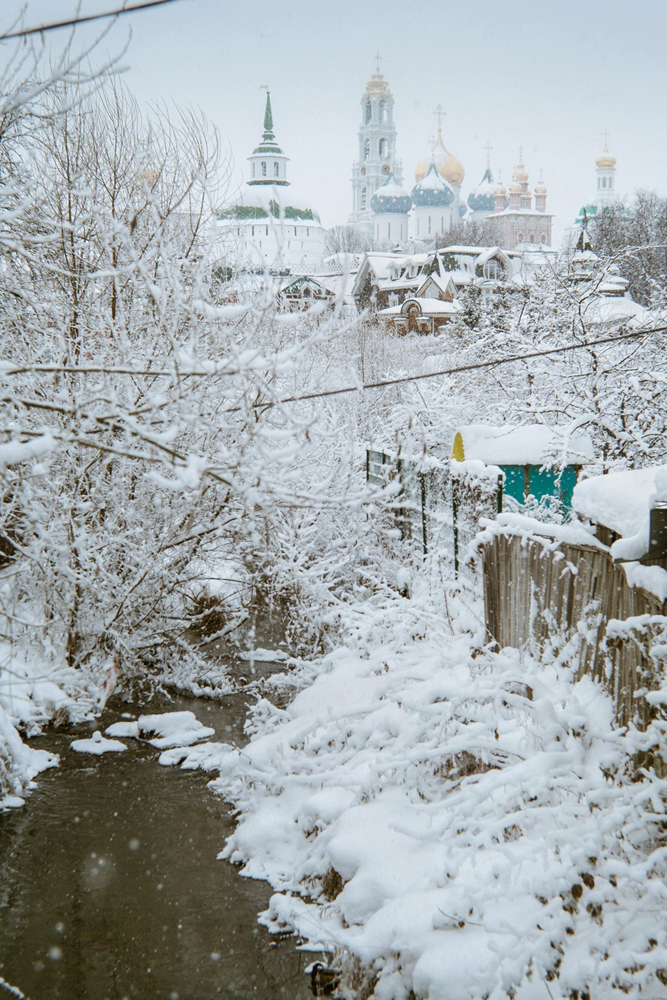 Fabulous winter in the 14th century Trinity-Sergius Lavra, Sergiev Posad. This is the most famous Orthodox monastery in Russia. An amazing place where the relics of St. Sergius of Radonezh are kept.

Religion is the basis of moral and cultural education of society. Therefore, we need to protect religious sites and religion itself in order to strengthen countries.

Share your story today and make your voice be heard! Shoot a short video (1 to 3 minutes) with your smartphone and tell us about your personal connection to a religious site (why does it
matter to you? Why is it important to protect it?...). Post it on social media and tag @forSafeWorship or submit it using the form below.

📽️ Check out an excerpt from the Fundación P

📺 Rabat, Morocco – Participants of the UNAOC

📣 In this video, @thaly_eman, a participant of

Which of these principles guide the UN Plan of Act

📣 Jasmine, a participant of the UNAOC Young Pea

How can you contribute to the Safeguard of Religio

🌍 Our campaign #forSafeWorship has already rece

📣 #DYK We are now on @tiktok! Watch more videos

🗣️ Manal (@makkmanal), a participant of the U

📣 Joanita Nabukeera takes us on a tour of her f

🗣️ "The search for meaning to religion is uni

📣 Pedro Oliveira (@massiv.e) takes us on a trip

⓷ things you need to know about Mikhail Kapychka